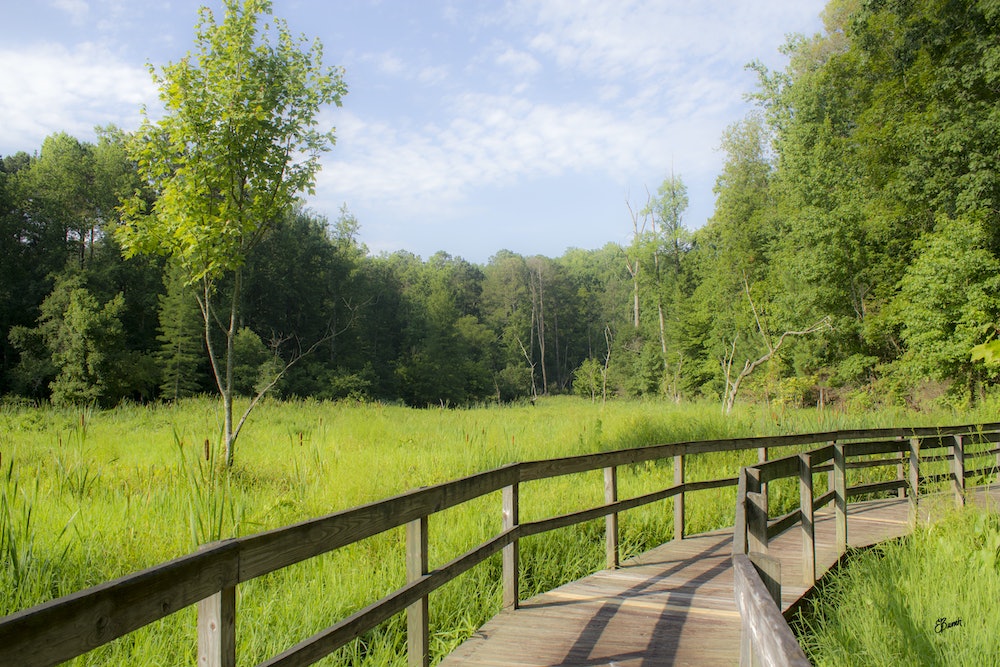 Newman Wetlands Center is the focal point of the Clayton County Water Authority’s community education efforts. NWC was conceptualized by Melvin L. Newman, then the general manager of CCWA, as a place for free community education about the crucial role wetlands play in the cycle of water.

The land, purchased in the 1970s, came with a rich history. Over the past century, it was used for timber harvest, cotton farming, and as a Boy Scouts of America camp for African American Scouts prior to the passing of the Civil Rights Act of 1964. Originally purchased to be a part of CCWA’s former land application operations, the areas including Newman Wetlands Center and Camp Orr Lake were turned into a wetland mitigation site to replace wetlands flooded by the construction of Shoal Creek Reservoir. The mitigation project was done in several parts: the restoration of Pate’s Creek, the conversion of Camp Orr Lake (site of the former Boy Scouts Camp Orr) into a restored wetland area, and the building of levees in the area that would become Newman Wetlands Center.

Since opening our gates in 1995, Newman Wetlands Center has provided a safe, outdoor learning space for hundreds of thousands of people across Metro Atlanta and an incredible wetland habitat for wildlife.